Photographing Behind the Scenes of “BITE” The Movie *SPOILER ALERT* 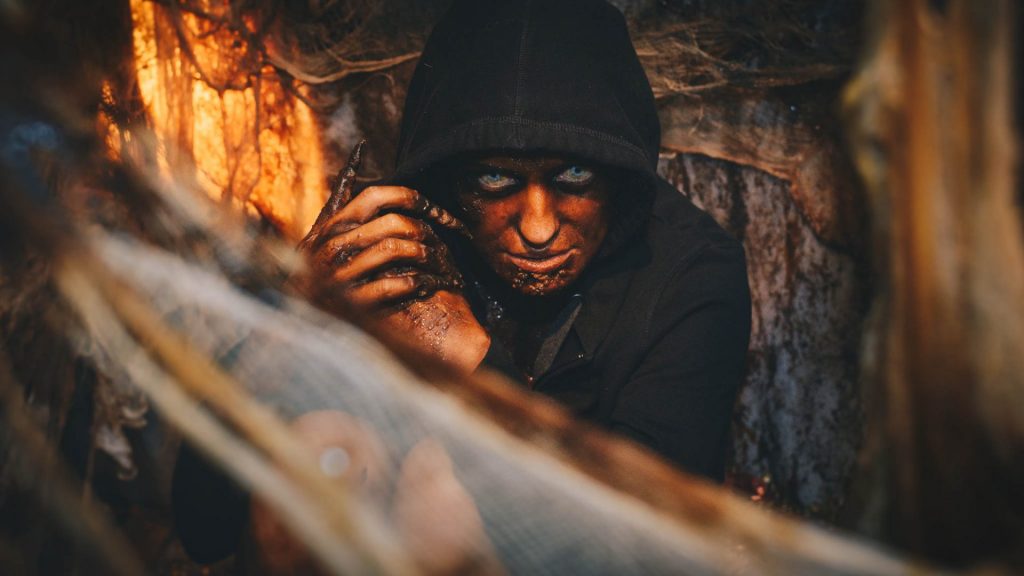 As many of you may already know, I work in the movie industry and quite frequently with a production company called Black Fawn Films along with their partners Breakthrough Entertainment Inc. On July 29th,2015 , “BITE” held its world premiere at Fantasia Film Festival. What happened that night was not expected by anyone but, caused a major stir about the film. It all started with one person vomiting in the theater and another who fainted. Paramedics were called to the scene and everyone involved was completely ok. This was the moment when the rest of the world learned about the movie “BITE”. The film’s trailer, quickly hit over a million views after the incident. On top of all this chaos, prior to the screening, Black Fawn Films thought it would be fun to promote the movie with free barf bags. No one really expected they would actually be of use.

Unfortunately, my trip to Montreal didn’t work out and I was unable to partake in the festivities with the cast and crew at Fantasia but, I did get to experience a lot of moments on set of the film and our cover shoot!

The team began shooting the film back in December of 2014 and I was one of the lucky ones to spend 4 days on set. For those of you who have never been on a film set before, it’s very exciting, chaotic and sometimes you find yourself immersed in another world. I’ve witnessed some legitimately terrified people on set and some of them are the actors. In this case, the set also reeked of coffee grounds (one of the many secrets to creating the look of the set). I think it was almost a month before I got all the goo and coffee stench off all my equipment. Definitely, lost some clothing due to the damage of everything caused by the set. But, for those of you who enjoy horror and have not yet heard about this film, here is a brief synopsis and the official trailer for BITE.

*WARNING: If you have not watched the movie yet, don’t go past the trailer of this post. You’ve been warned, spoilers are no longer my fault!*

While on her bachelorette party getaway, bride-to-be Casey (Elma Begovic) gets a seemingly harmless bite from an unknown insect. After returning home with cold feet, Casey tries to call off her wedding but, before she’s able to, she starts exhibiting insect-like traits. Between her physical transformation and her wedding anxiety, Casey succumbs to her horrifying new instincts. As her metamorphosis becomes complete, Casey and all who cross her path discover that everything can change with a single bite.” 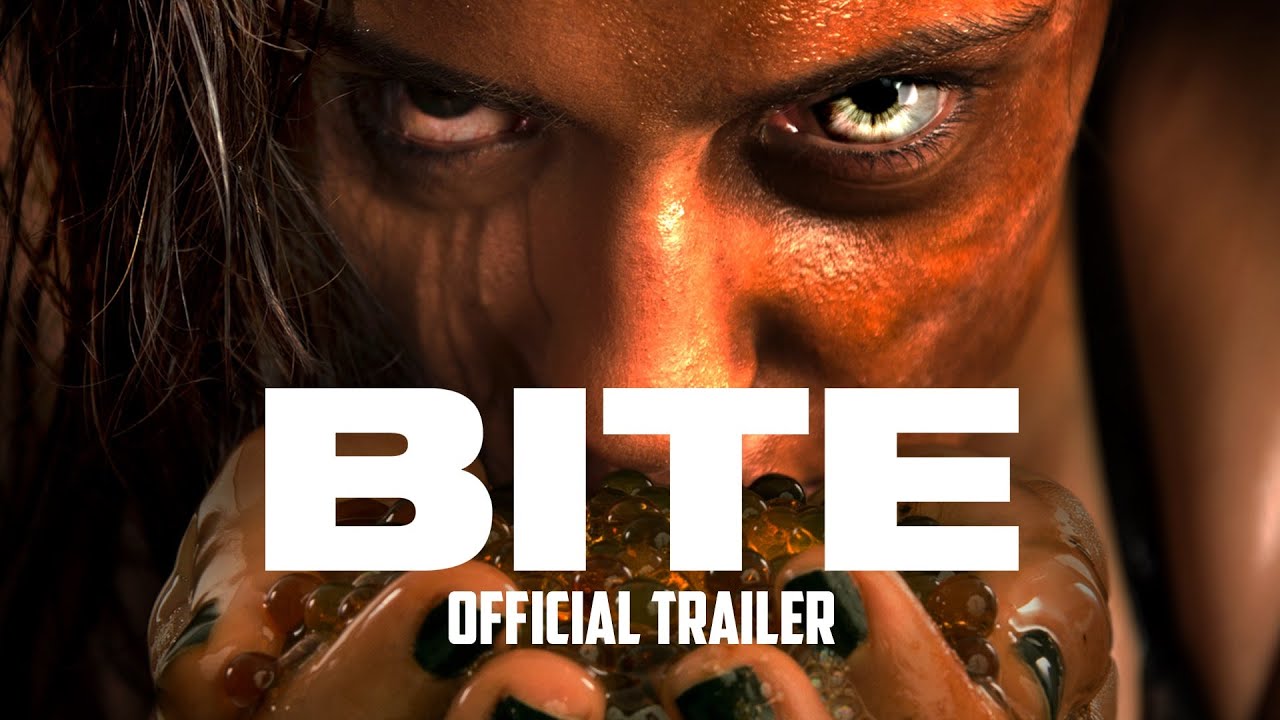 Most horror films, have a small budget to work with. Hiring a unit still photographer for “behind the scenes” documentation is usually not in the budget. In many cases, random crew will donate the minimal amount of spare time they have towards some coverage for social media. A lot of volunteering goes into making movies in this day and age. There are so many people in the making of a movie, who deserve more credit than they receive. Luckily, Black Fawn Films had set aside a bit of their budget to have me come out to shoot.

I have selected a small gallery of images from the 4 days I spent on set. Some of which are terrifying, gory, gruesome, beautiful and full of joy. One of my favorite parts of documenting anything behind the scenes is all the real moments you capture. Some are staged while the cameras are rolling, and sometimes I have to stage a few for advertising material. But, I would say at least 80% of what I get to document are real moments and memories.

This is the first of many behind the scenes articles I plan to share of the films I have worked on. But, you will have to be patient. When working in this industry, I am forced to keep many images on top secret hard drives until the movie has been released to avoid spoiling the films for others. In some cases, this can be years before I can release the images to the public. 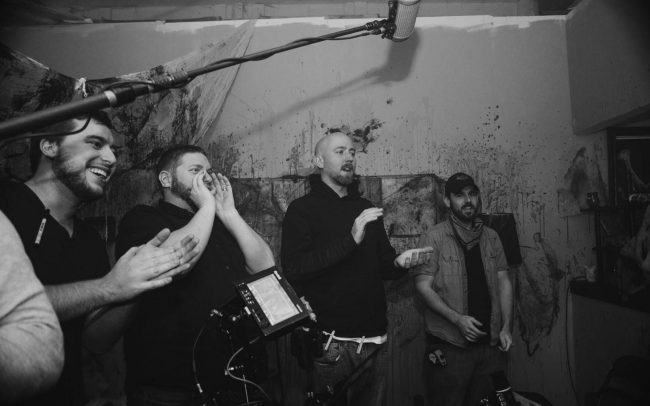 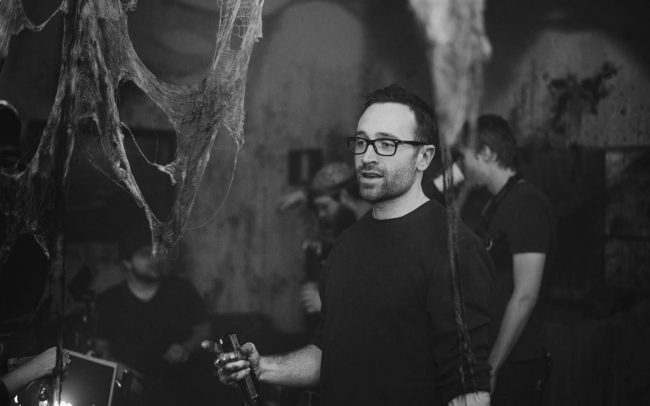 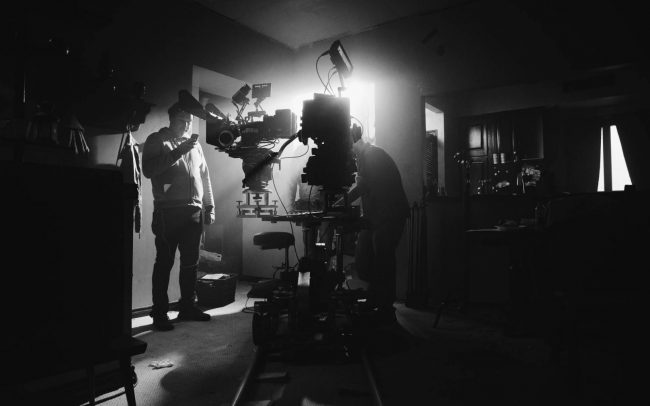 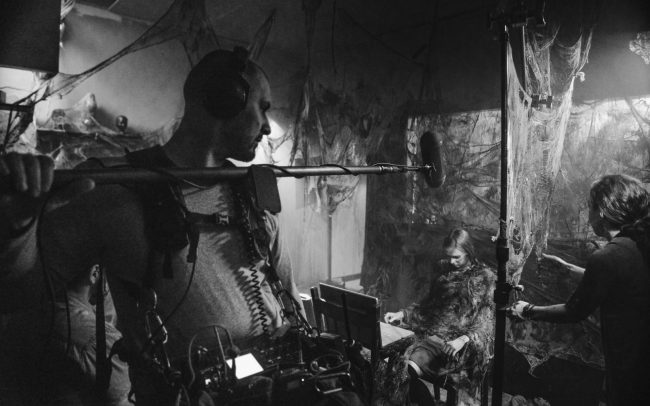 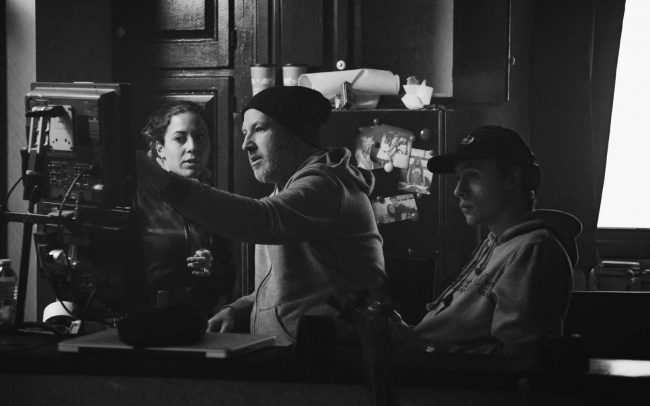 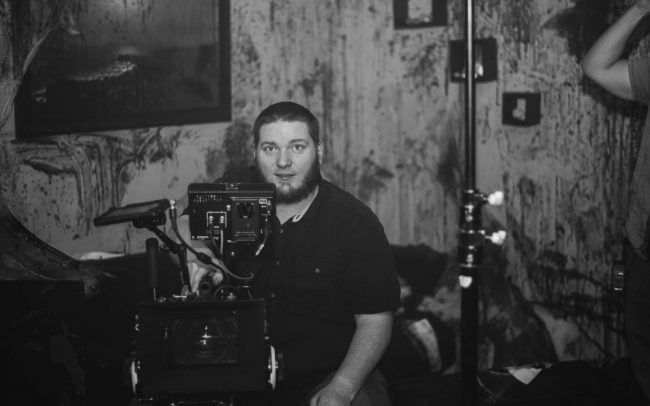 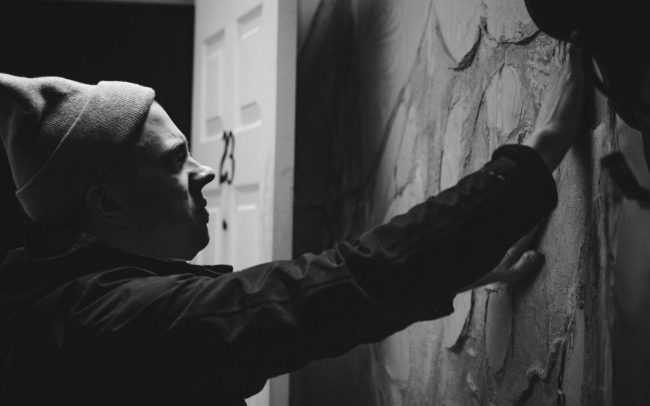 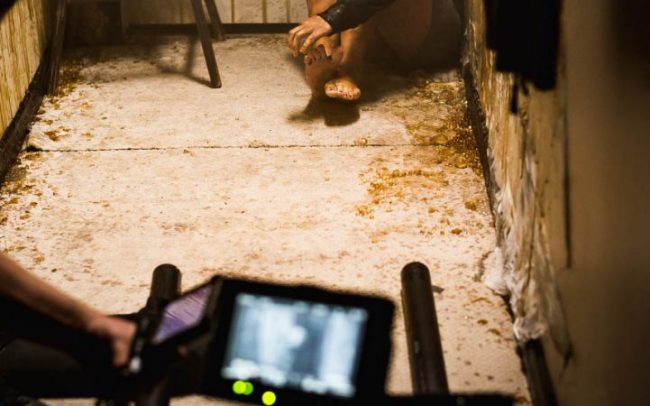 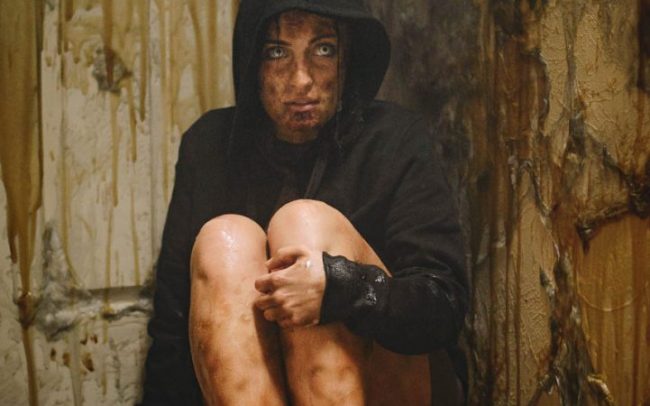 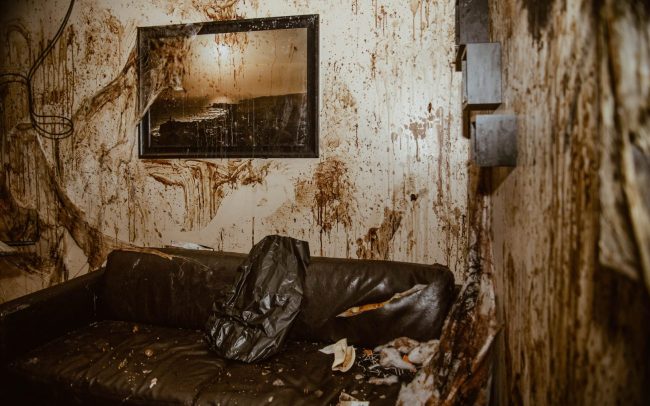 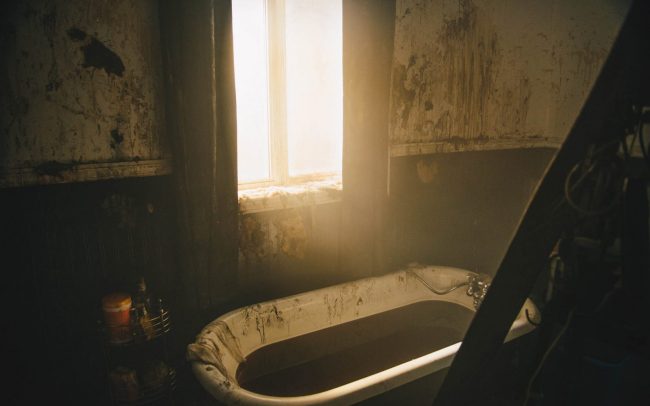 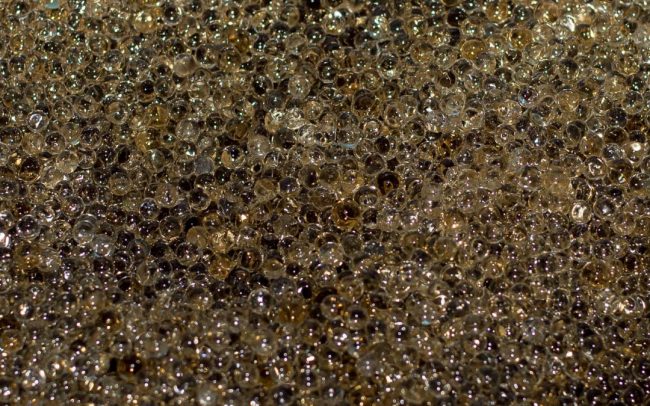 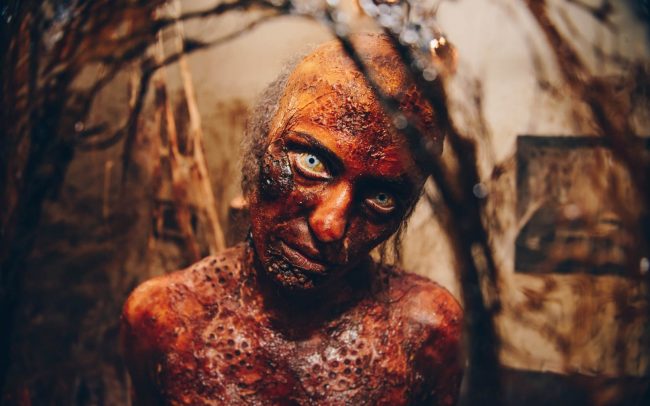 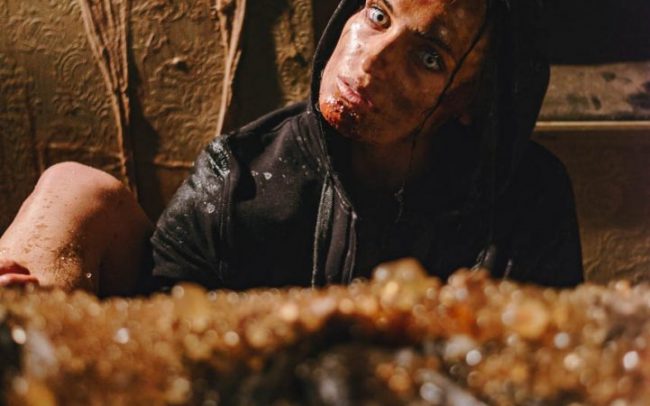 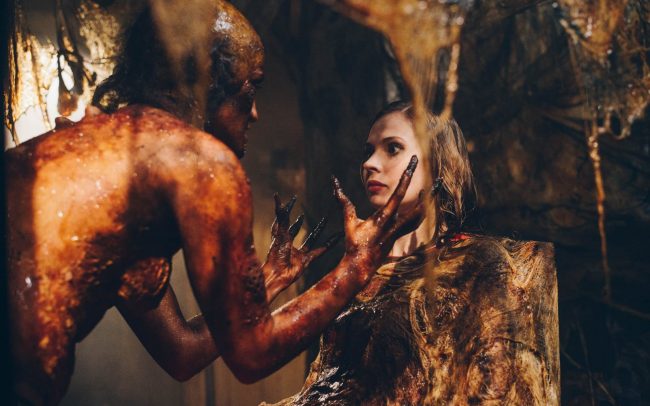 I hope you enjoy getting to experience a fraction of what I did on set! If you are interested in purchasing the movie on DVD/Blu-ray, head over to Black Fawn Distribution and order yours online!

The next few film posts will be a small look into behind the scenes of our cover shoots! In the mean time, be sure to check out our Movie Stills Portfolio and our past “Behind the Scenes” articles.

Brandon first took hold of the camera while hiking some beautiful areas of his hometown of Guelph, Ontario. Over the past six years, he has professionally photographed a wide variety of subject matter from concerts, events, movie covers, products, places, and people. This experience taught him extensive lighting and post-processing techniques which allows him to work with confidence in any environment.

Brandon Marsh Photography is now primarily focused on capturing Commercial Product, Architectural, and Lifestyle Photography. “Our approach is always very hands on. We want to help you to achieve the best quality and fit for your business. We get it right the first time around and keep things simple to allow you to focus on what you do best. I’m a technician at heart. I break down the composition to light, distance and focus. It has to be right.” Brandon only delivers the highest quality work, intended for print or digital use. In this digital era, the quality of photography displayed will have a huge impact on how customers value businesses.

As Creative Director, Brandon and his team, guide his customers in developing the right plan and execution for their individual needs. Throughout his career, Brandon has won numerous awards, worked with countless amazing businesses, and partnered with several non-profit organizations.

Brandon continues to thrive in his photography business while following opportunities across the globe. Every project is a unique opportunity to create a memorable image.